November 21, 2017
The tasks for this lab allowed me to get a little more familiar with Github. We were to design a library, and to do so we first had to create 4 functions. They had to show the filename without the path, show the file size in bytes, and finally the last two had to show the sha1 and MD5 digest for a file's path. In terms of languages used, I chose Python since it is one of the languages I chose to focus more on this term. License wise, I picked BSD3. I created a repo and published all of my code on to the master branch. As for the last part of this lab, I contributed towards someone's lab, by using an example with some code that I saw online. I have yet to receive an answer on whether this piece of code helped or not, but hopefully it leads them in the right direction, if it doesn't solve the issue altogether. Contributing to someone else's code is something that we got some first hand experience with thanks to our release 0.1 assignment, but this was good reinforcement of those skills/steps needed, seeing how it had been a month since the last time I did it (writing this after the academic strike).

Popular posts from this blog

Lab 2 - Building Firefox for Desktop from source on Windows 10 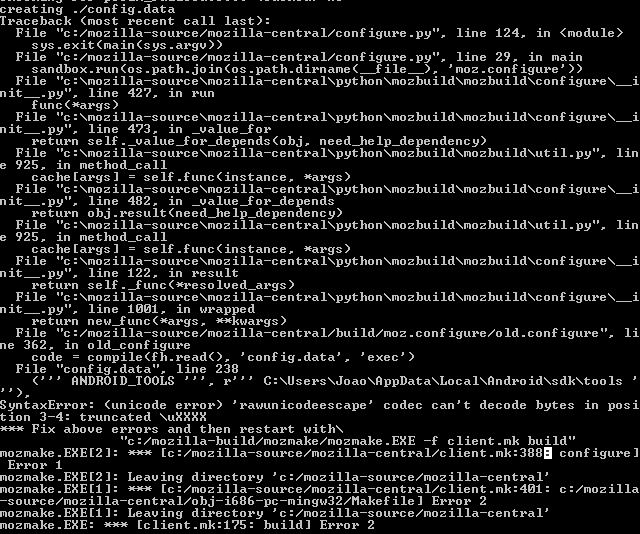 Not a pretty sight if I can say so myself. After hours of waiting, seeing "Error 2" and not knowing where to go or what to do can be frustrating. But how did I get here? Relatively speaking, when following the instructions posted on  Building Firefox for Windows , everything went smoothly. Windows 10 is up to date? Check. Visual Studio 2017 is installed? Check. Rust and MozillaBuild are all installed as well? Check and check. Getting the source with Mercurial was a process that took quite a while, but that too went without any hitches. The problem came on attempting to build the code. Everything went well until we got to the image that you can see above. A Unicode error stops the building process from going ahead. When attempting to change the file "config.data", by substituting the single backslash with a double backslash on line 238, the issue still persists since the file gets rewritten every time one attempts to build. Thus far I have not found a way to
Read more

For this specific lab, I sort of got started before the lab was even issued. As a people's person, I wasn't intimidated by the fact that we needed to communicate with someone we didn't know in order to offer my help. The task in specific for this lab was to find a bug we were interested in to work over the next month as our first assignment. As such, looking at the suggestions list provided by our professor, Thimble seemed to have a couple of bugs that I could tackle. Our professor recommended we look using specific tags such as "good first bug", as to not overwhelm ourselves with a task we possibly wouldn't be able to complete. I did just that, and came across a bug that no one had claimed: The task did not seem too complicated, and I figured this would be a good chance for me to do some more web work. I left a comment showing I was interested in helping: To my surprise, our professor's attentive eye lead him my way! A few short minutes after,
Read more 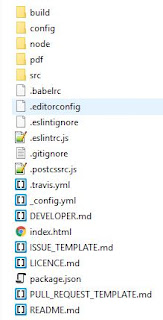 Note to reader: For this lab we were tasked with working with 2 different editors. I chose Sublime Text 3  as something that I have but don't use too often and Atom , an editor I never used before. Feel free to download both as they are great editors, and feel free to take them for a spin if what you are about to read interests you! Test Driving I began by downloading the source to  the Best Resume Ever . After quickly unzipping what I had downloaded, I saw these folders and files: We were tasked with trying out two editors and performing common tasks among them, to ultimately decide which one we prefer. Below you can see the project opened in  Sublime (something done very easily, by simply going to File > Open Folder) : I did the same in Atom ( File > Open Folder): After performing some of the common tasks outlined in the lab (splitting the screen, finding strings, etc) I decided to pick Atom , since as I mentioned earlier, this editor was new to me. I
Read more